John was son of Thomas Carty and Mary Ann Mullaniffe. According to dads family stories, he is the man who took in the two sisters who were on the road with their boyfreinds, and also stood by Sean Mac Eoins father Andrew in the face of the boycott when he had already looked after the McInerteney children. It was Sean Mac Eoin when he was plainer John Joseph McKeon who took the photo below circa 1915 – dating by age of Margaret Carty who is the baby on the bike, who married a Bonner from Donegal and whose family live in Scotland and elsewhere, 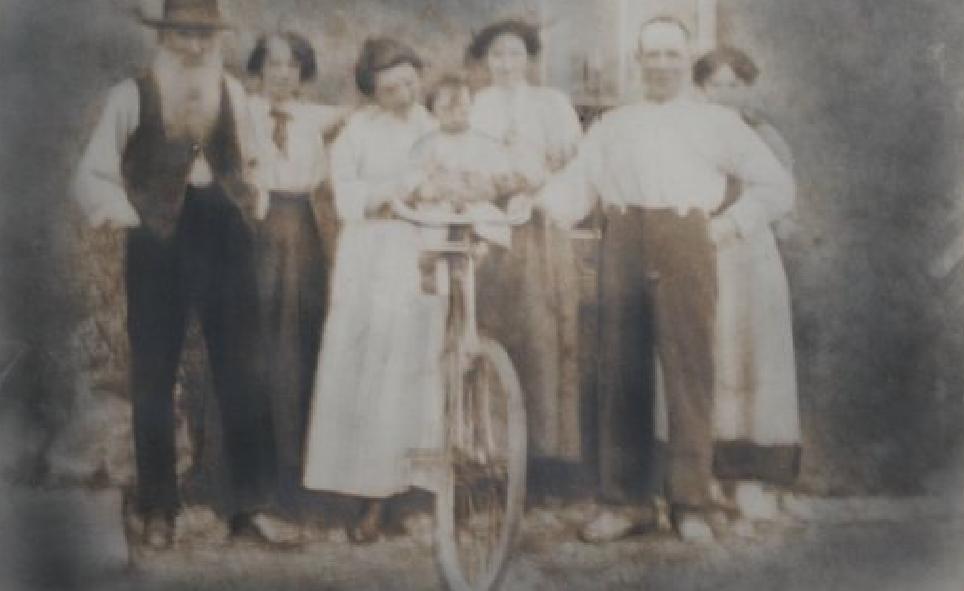 Cartys of Aughagreagh – John, now a widower in 1915 is the man with the beard on the left. Margaret who married Bonner is the baby on the bike. The woman behind John Carty, and the woman next to her are Anne and Mary Ann, the girl on the extreme right is a servent girl, as is the girl with the bike, who was called Georgina from what I remember. Original lost in house fire. Lucky my nephew got this good shot of original with his camera. James Carty my grandfather, son of John and borhter of the Mrs Reillys is on the right of the photo.

Known as the Haero, John Carty is seen on court records as known as Thomas also, and stole back cattle from the bailiff for a brother of his called Hugh Carty (are these the Cartys of Lislea, often spelled Carthy?). 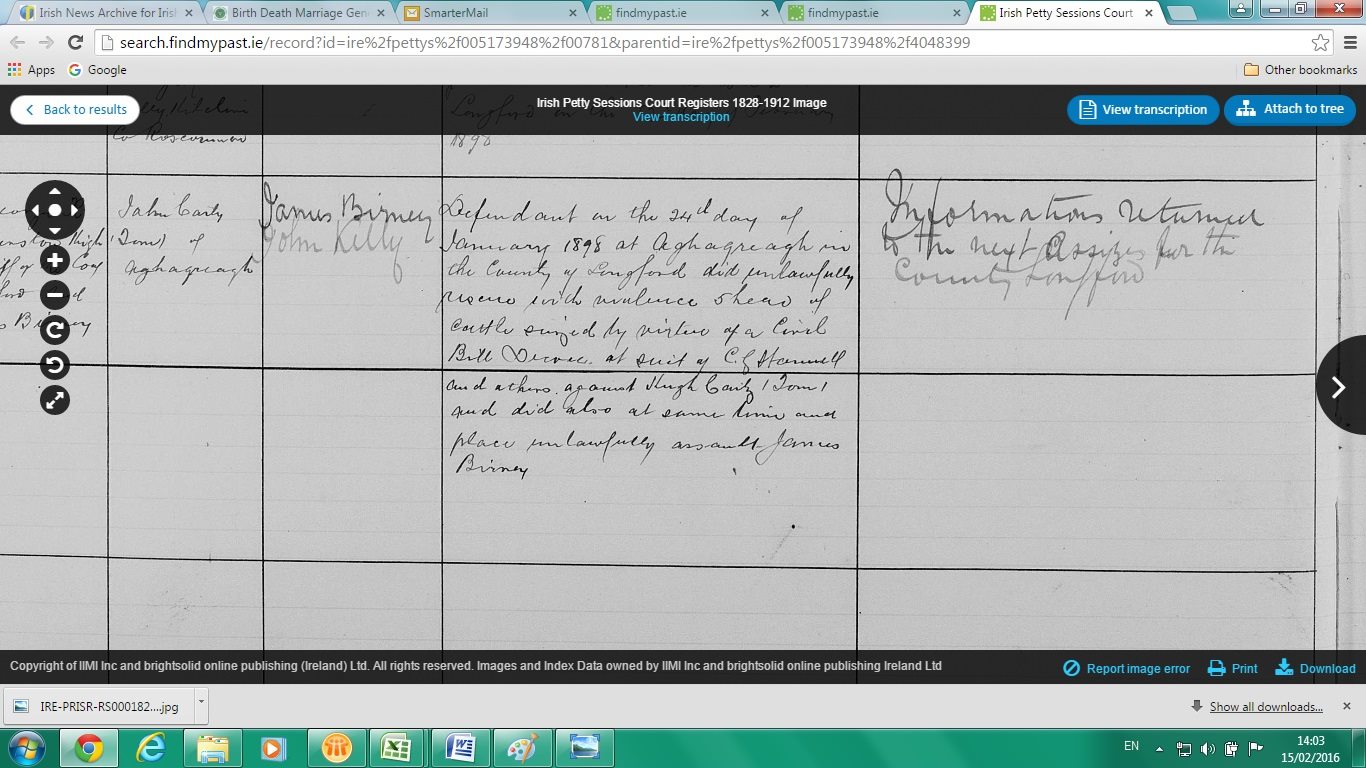 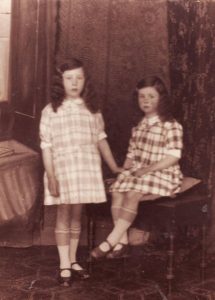 John Carty married Margaret Hourican, the daughter of Phillip Hourican and Margaret Corcoran, who is our connection according to the Duignan family tree both to the Duignans themselves and also to the Doppings.

John Carty and Margaret Hourican had two daughters, Mary Ann and Anne, both of whom married Reillys, one of the Reilly men was a Guard. A third daughter Margaret married Edward Duffy. As of time of writing I dont know much about them.

James Carty married Catherine Coyle of Cartonmarkey, daughter of Ann Doogan and Pat Coyle, who are my grandparents, via their son John, who had sisters Nel aka Ellen (Turnbull), Nan (Treacy), Rose (Campbell) and Margaret (Bonner) and Mary Kate (Beirne / Byrne)

James brother Thomas married a Margaret Slevin, who had family in Leitrim – I think these are the Cartys of Errew, one of whom was dads boozing and smuggling pal John of Errew of John of Carrigallen as we knew him, he was a famed ploughman and saved someone from a fire with his overcoat. Quite an interesting character, he was a very very tall man, unlike most of the Cartys who were quite stocky in build.

There was one girl married to McIntyres in America whose obituary that I found.